The trouble with horses 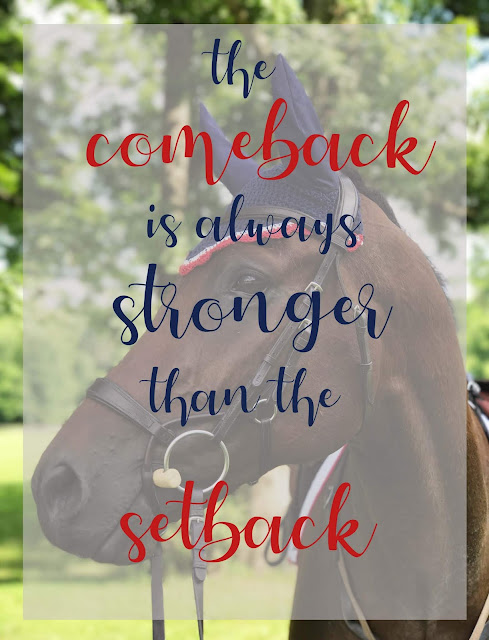 And I'm sure that after my last post everyone thought maybe I sent Scout to the Amish. Not to worry though, he's still eating $$$ like it's his job.

The truth is, we've had a couple months of bad luck. After my last post, we took Scout to Plantation for a schooling, which he really stepped up like a big boy and took in the terrain and sights and sounds like a champ. 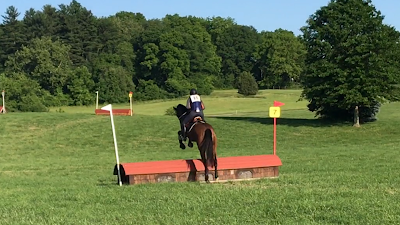 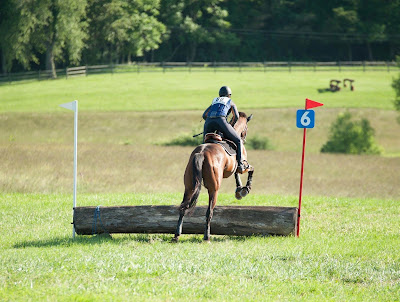 We had been scheduled for Scout to make his eventing debut just two weeks later at Fairhill but unfortunately he contracted Anaplasmosis a few days after this xc school. The poor guy spiked a 103.5 temp with hot front feet and legs and I'd be lying if I said I wasn't completely freaked out. We treated him very aggressively, and he responded wonderfully, but we lost 2 weeks of riding while he recovered.

Not long after this I decided to move him (yes, again) to a great facility with an indoor that had a few spots open up. For an additional $25 than what I was already paying, having access to three rings and an indoor seemed like a no brainer.

The new place is (again) mostly a hunter/jumper barn with great facilities. It's a family farm that's been in the area for a long time so while it has terrific amenities it's not snooty at all. Bonus is that Valley Forge Park is just a short hack away with 100s of miles of trails! The barn has it's own jumper series that they run and they have clinics and events throughout the year... despite all of that, it never feels busy or crowded.

And since we've moved, he's had a touch of cellulitis (the day before I went out of town for 4 days) and then had a bout of choking the day I returned from a 10 day vacation! The cellulitis doesn't even get me worked up anymore, we just treat it and it resolves very quickly. The choking was alarming because he's never had any issues like that before, but we're going to do an endoscopy to see if he's ever had a tie-back. He doesn't roar or anything, but he does make a little noise when he tense under saddle, so if he did have an old tie back I'd just like to know for the future.

Since the last time I posted, I've had some medical issues including herniating a disk in my back. To further add insult to injury, the entire brake system in my truck failed and needed to be replaced (that happened the day before I left for vacation) -- but we're back on the road again.

In some better news, we have started taking lessons with an eventer nearby and Scout's been going very well under her guidance. She rides him for the first 15 mins of our lessons (to save my back some pain) and LOVES him. He's been jumping out of his skin and looking quite fancy on the flat.


So fingers crossed we've gotten all the bad luck out and we can get back to the fun stuff! I hope after all this time I still have a reader or two left! I'll try to do better!