Those of you that know me in real life know that I spent half of last year nannying for the Davidsons -- the job was exactly what I was looking for after finishing up my stint as the world's oldest working student. I wanted a job that would keep me around horses, working with kids and being creative. A mutual friend of the Davidsons (and someone we sold a horse to) put us in touch and the rest is history! I got to spend an amazing 5-6 months nannying the coolest kid and being around incredible event horses everyday (and I'll be starting back up with them after they return from Ocala this year). I wasn't really sure what to expect in the early days but I thought I'd highlight some of the amazing job perks I was lucky enough to encounter along the way.

I'll never forget the first day I met Bruce Sr. I was playing with Aubrey at the barn and he pulled up in his car and rolled down the window and with a big smile said, "Hi, you must be Niamh, I'm POP POP". I was internally (*i know who you are*) and attempted to tell him who I was and that I had a horse (*but also forget I just said that*). I had no experience with anyone in the family until I started watching their daughter which I think helped the process of getting to know everyone as a family vs. equestrians. But that didn't leave me a bit star-struck at times. I was surrounded by greatness, and it was hard not to be inspired constantly.

Like the morning that I was told I should come to the barn that day because Erik Duvander was in town teaching and if I wanted to, I could come watch. Um, yes please...

Or getting to spend hours upon hours with the man, the myth, the legend...

He's everything I imagined... intimidating, articulate, funny, kind, a consummate equestrian (through and through), gracious and generous with his time and knowledge. And even though I felt like such a peon around him, we had many fantastic conversations ranging from breeding lines and training young horses, to funny client stories and quirky horse characteristics and all the while he never made me feel like anything less than another person who loved horses.

As part of my job working for them I also took lots of pictures and video for social media purposes, which started small and wound up leading to some pretty cool shoots. This year I'm hoping we'll get to do more of this and I've been stock piling ideas:) 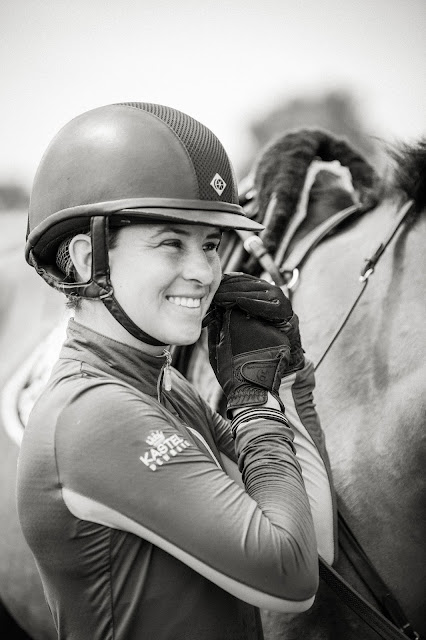 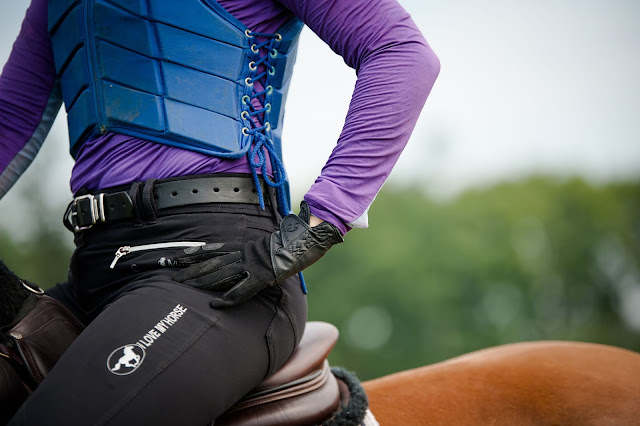 Perri's Leather reached out to me to a lifestyle shoot with both Buck and Andrea and wanted to include Aubrey too. This also happened to coincide with the busiest part of eventing season so nailing a time down with the three of them and a vendor was quite a challenge! The people from Perri's couldn't have been easier to work with and were extremely patient with a hyper 2.5 year old running amok the whole time.


I was dying to have a chance to photograph some of their big time horses, so when they asked if I would be interested in making portraits of all their client owned horses I jumped at the opportunity. Emily was kind enough to come assist me for the day, as it was going to be extremely tough to snag a working student away for the afternoon. I have to laugh about that day though because the working students saw the two of us (both in summer street clothes) and said something along the lines of, "You know these are fit, advanced horses... right?"  To be sure, most of them were getting ready for Plantation *** -- but I knew I had the right person helping me out:)

I couldn't post any of these until after Christmas, but I LOVE how they turned out!

Each and everyone of them were so fun to work with. I've spent quite a bit of time with Andrea's competition horses (Prim and Sam) and I'm obsessed with both of them. Sam (Mr. Popper's) has this larger than life personality and he looks like a stuffed pony. All of Buck's horses are just professional athletes... it was like they knew what to do as soon as they were in position, rocking poses and pouring on the charm. Sean (Copper Beach) was coming back from a vacation, so he was a little fuzzy and feral, but he really started to pose when he heard the shutter. I can't to see some of the owners this summer and see how they liked their portraits!

As our time together was coming to a close and they were getting ready to head south we toyed with the idea of doing a little family photo shoot before they left. The timing proved extremely tricky as Buck was running at Fair Hill with multiple horses (and coaching) and they were leaving directly from the event! So I made myself available by attending the event everyday with camera in tow in case we found a hour of time to grab everyone and take some pics. So after show jumping wrapped up, we asked Buck (as he was heading to his press conference) if he wanted to do pics and we were delighted when he enthusiastically said YES! So while they were literally packing up the last of their stuff to head south I whisked them away to a very glamorous spot behind the temporary stabling tents (!!!) -- where we were gifted with the most stunning fall light. 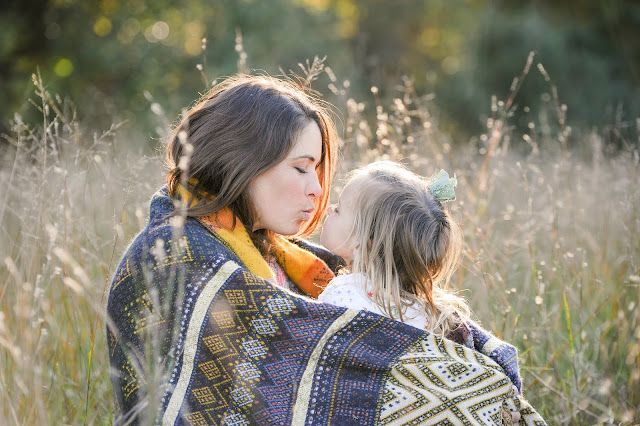 I never thought in a million years that I'd have this kind of opportunity -- and it feels like a dream come true to be able to combine all of the things I love so much. A horse adjacent job with the ability to be creative and have enough flexibility in my schedule to give my horse the time and dedication he deserves -- it's a win-win for sure. I'm looking forward to their return this spring and resuming my role with their daughter and I hope to have Scout making regular appearances over at Chesterland too!
Posted by Niamh at 9:07 AM